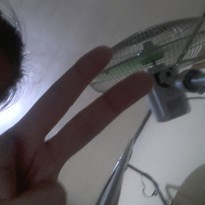 The Sky is Everywhere by Jandy Nelson (Review) 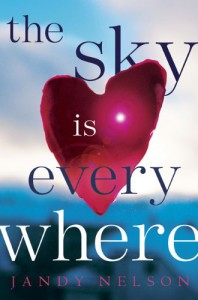 Seventeen-year-old Lennie Walker, bookworm and band geek, plays second clarinet and spends her time tucked safely and happily in the shadow of her fiery older sister, Bailey. But when Bailey dies abruptly, Lennie is catapulted to center stage of her own life – and, despite her nonexistent history with boys, suddenly finds herself struggling to balance two. Toby was Bailey’s boyfriend; his grief mirrors Lennie’s own. Joe is the new boy in town, a transplant from Paris whose nearly magical grin is matched only by his musical talent. For Lennie, they’re the sun and the moon; one boy takes her out of her sorrow, the other comforts her in it. But just like their celestial counterparts, they can’t collide without the whole wide world exploding.

This remarkable debut is perfect for fans of Sarah Dessen, Deb Caletti, and Francesca Lia Block. Just as much a celebration of love as it is a portrait of loss, Lennie’s struggle to sort her own melody out of the noise around her is always honest, often hilarious, and ultimately unforgettable.

after reading this book. Jandy Nelson is now an “auto buy author” I haven’t read I’ll Give You The Sun yet, I’ll purchase it maybe when I’m over my book buying ban.
–
I love the character of Lennie. She loves her sister so much that she can’t get over her death. I love it when she writes anywhere- paper cups, napkins, candy wrapper, and even on a tree! But I hated it when she kissed Toby (her dead sisters boyfriend) like wth, even if my sister is dead, I will never make out with her boyfriend just because of the reason that both of them understands each other. I hated and pitied Toby because of that. Oh, what I hated most is that she became selfish. Lennie only cares about herself, she thinks that she is the only one grieving Bailey’s death, hell no, Grams and Big too, for the two of them loved her sister too. She forgot that she’s not the only one hurting, mourning.

Now let’s talk about Josh Bennett, he’s very jolly, at first I actually thought he’s a serious type, I’m obviously wrong. HE’s so talented and he really surprised me when he showed up in front of Lennie’s house.

The story taught me the meaning of grief and how to get over it, how to cope with lost, how to be happy again, also to value the presence of my sisters, to love them.

P.S Wuthering Heights was mentioned in the book for so many times, and Lennie had read it like 23 times! Sorry to say I haven’t read it. But I’m looking forward to know that story of Cathy and Heathcliff.

“The sky is everywhere, it begins at your feet.”
― Jandy Nelson, The Sky is Everywhere

“Grief is forever. It doesn’t go away; it becomes part of you, step for step, breath for breath.”
― Jandy Nelson, The Sky is Everywhere

“And then he smiles, and in all the places around the globe where it’s night, day breaks.”
― Jandy Nelson, The Sky is Everywhere

“That’s exactly it—I am crazy sad, and somewhere deep inside, all I want is to fly.”
― Jandy Nelson, The Sky is Everywhere

“Who wants to know that the person you love and need the most can just vanish forever”
― Jandy Nelson, The Sky is Everywhere

“Dreams change, yes, that makes sense, but I didn’t know dreams could hide inside a person.”
― Jandy Nelson, The Sky is Everywhere